What are the patent trends in China as compared with India? 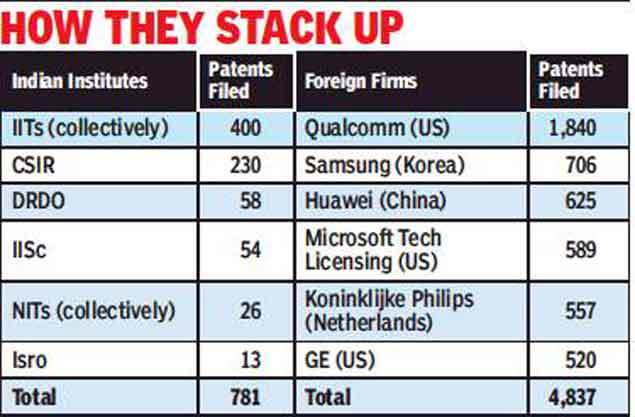 Francis Gurry, the Director General of the WIPO said “China’s rapid growth to become the top filer of international patent applications via WIPO underlines a long-term shift in the locus of innovation towards the East, with Asia-based applicants now accounting for more than half of all PCT applications”. In the global top 10 list of corporate PCT filers, four companies were Chinese companies. In 2017, China led the world as the most applications filed in the following categories: artificial intelligence, blockchain, Cybersecurity, Virtual reality and Autonomous driving. In 2019, the Chinese tech giant, Huawei Technologies was at the top of the Chinese Corporate filers by filing 4,411 PCT applications.

Apart from the benefit of exclusive rights in a big growing market, one of the major benefits of patent filing in China is that the average application processing time is about 22 months, with high-value patent applications being processed at an average of 17 months. China’s National Intellectual Property Administration (CNIPA) has aimed to efficiently process the documents to bring down the patent application processing time to about 13.8 months by 2022.

In 2019, 19888 patents that were filed by Non-residents in India were granted, as compared to 3690 patents granted to residents. Less than 1% of the PCT applications that were filed in 2019 were by Indian applicants. None of the Indian companies or research institutions made it to the global top 100 patent filers. During 2017-2018, India invested only 0.7% of its GDP in research and development, whereas China invested 2.1% of its GDP. Other technology companies such as Mitsubishi, Samsung, and Qualcomm have each filed more PCT applications in 2019 than Indian applicants as a whole.

The Indian patent office announced several changes to incentivize patent filing in India by Indian startups and MSMEs, including reduced patent office fees, a provision for expedited examination of patent applications, and a scheme for Facilitating Start-Ups Intellectual Property Protection (SIPP) through facilitators who are compensated by the Government. The expedited examination led to startups receiving patent grants in about a year, instead of 4-5 years, which was a fantastic improvement. However these schemes have not impacted PCT or foreign filings by Indian applicants as the facilitators are not qualified to provide, or reimbursed for patent services outside India. The reimbursement amounts and payment cycles offer little incentive for experienced practitioners to offer their expertise, while the demand for their services has increased and supply is limited. Whereas the number of patent agents qualifying the patent agent examination has increased, a majority of them merely have theoretical knowledge and lack practical experience or training. Further, these benefits have not been extended to universities and research institutions, for whom the typical time for a patent grant is more than 4 years.

One scheme that was launched promote international patent filings by startups in the Electronics and IT sectors in the SIP-EIT scheme by the MEITY (Ministry of Electronics and Information Technology). Whereas approvals for reimbursement were given to a handful of startups after a presentation in Delhi and an interview process by a committee, the funds could be disbursed to only a few startups which could survive and persist for the several years to satisfy all the requirements of the scheme in a timely manner. The scheme is currently inactive and an announcement is awaited on whether it will be continued. A few state governments such as Karnataka and Kerala have launched schemes which have been fairly successful, as patent reimbursements have been disbursed for Indian patents as well as patents in the US, EPO etc.

The constructive efforts of the government and the patent office are also evident from the improved ranking of India in the recent Global Innovation Index. In 2020, India jumped 33 points to rank 48th the globally, in comparison to the 81st rank in 2015. Prime Minister Narendra Modi announced an INR 1,000-crore fund for early-stage startups in the country. India now has the third-biggest startup ecosystem with 41,000 startups, and over 30 unicorns, which is a big leap from four unicorns in 2015.

The world’s largest technology companies have set up R&D centers in India, which have led to a large number of patent filings in the US. Whereas the inventors may be Indian nationals, the patents are owned by foreign companies. With funds being available for Indian startups, more funds have to be invested in R&D and creating, owning, and protecting Intellectual assets. Further, since patents are country specific, and the value of a patent is based on the size of the market, Indian companies need to patent in the largest markets, including the US, Europe, Japan, South Korea, and China.